The Art and Spoils of War: A Sularia Draft Invitational Tournament Report

This past Saturday, July 23rd, I had the great pleasure of competing in an 8 man draft tournament of randomized boosters of Battle for Sularia. Not only were the cards full art but they were given rarities to really allow for the scarcity of power cards to shape the format far more than is possible with just using the base game plus expansion as a cube. I really didn’t know what to expect since the rarities were not known ahead of time but I had come ready to draft. To get things started I will show the deck list and then break it down by its parts. 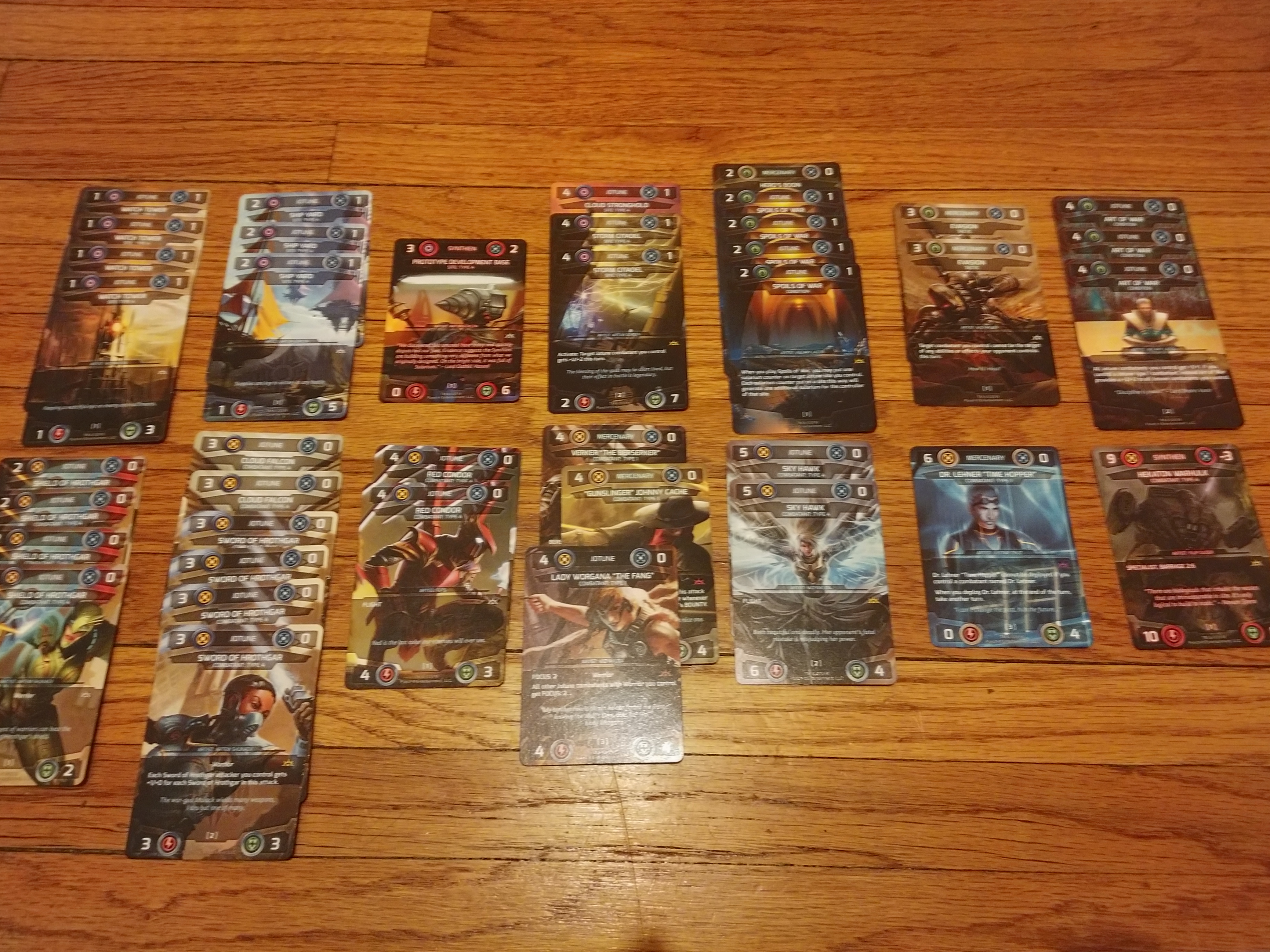 My list has 16 sources of sularium, 11 of which are sites and 5 of which are tactics or conditions. Total tactics and conditions came in at 10 cards with 19 combatants rounding out the deck. I liked this mix a lot and think it is approximately correct if you are trying to be the aggressor which I would recommend in this format. My drafting goal was to draft a fast sularium base and only then figure out the right set of threats to play with that sularium base. This came down to me spending high picks picking up Spoils of War whenever I saw them. It should be noted I would draft Master Mining Program even higher than Spoils but I did not see any. 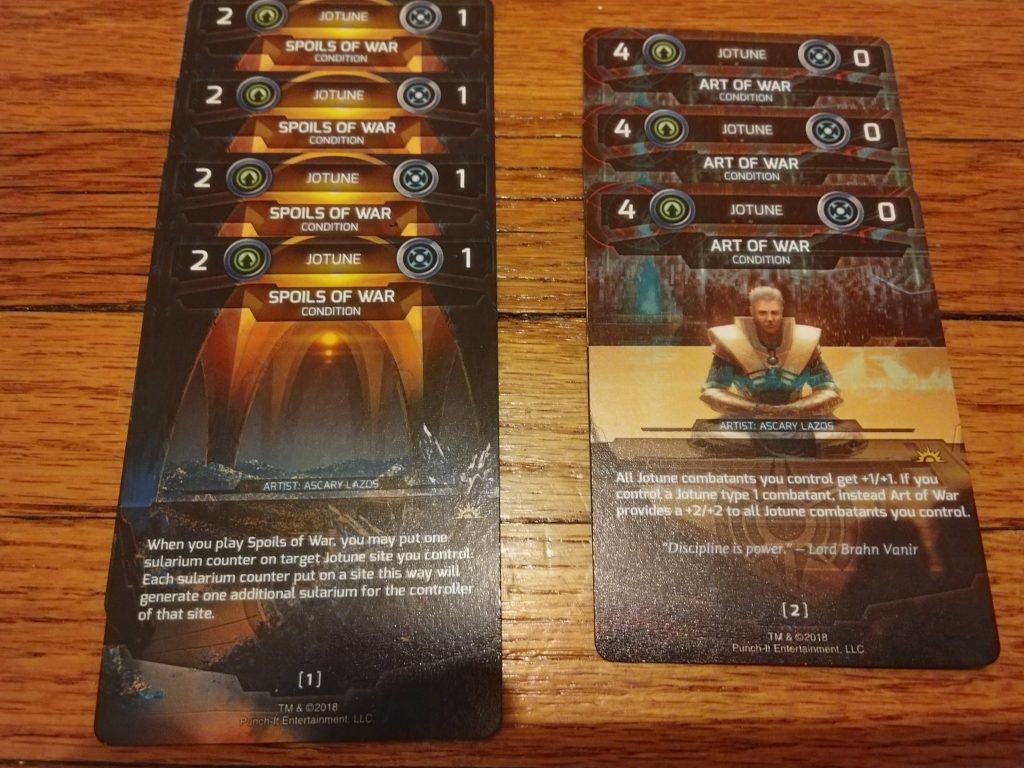 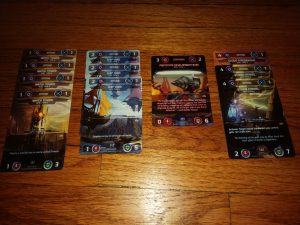 Besides fast sularium I spent my early picks picking up payoff cards in the form of multiple Art of Wars. Art of War represents the highest upside build around me card in the set. To support the Spoils of War you really have to build you site curve correctly. I was able to play 7 total 1 and 2 drop Jotune sites and the only non-Jotune site I ran was the Prototype Development Base which produces 2 sularium. The purpose of drafting fast sularium is to take advantage of the various powerful 4 drop bombs as early as turn 2. These also require picking highly so there is some tension but 4 Spoils seemed the right amount of fast sularium so I would shoot for a similar or higher number.

Because of the very existence of Spoils of War the Jotune versions of the 1 and 2 drop sites should almost always be preferred. As a result Shield Generator and Experimental Weapons Base can be kind of a trap and I would avoid them. 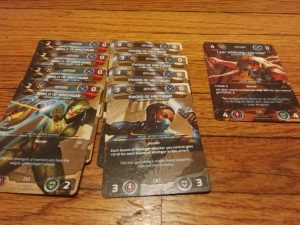 In the draft I had the choice between Johnny Cache and Verker and I chose Johnny Cache. After playing the matches I am more sure of that pick than ever. Johnny Cache gives you game winning board presence where as Verker gives you a big attacker over going rate.

It also should be noted if you are an Art of War deck you need to pick type 1 Jotune combatants very highly, with Worgana and Fenris as rares and Oathki at legendary. I got very lucky to get Worgana first pick last pack while already heavy into warriors. The warriors where low commitment to pick up because Sword is great either way especially in multiples and Shield is easy to pick up late in packs. Sword is also important because your 3 slot is important. The goal is 4 sularium turn 2 but with a single site and a spoils you only make 3. Warriors allowed for multiple turn 4 wins over the course of the tournament and just in general race with combatants further up the cost curve. 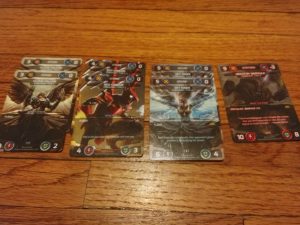 After that the deck was rounded out with fliers to maximize Art of War and fill out the combatant curve I wanted to play. That includes running 6 three drops and 5 four drops where I think most of your combatant should be. I was running the speculative Hekaton, which I never played in 5 rounds. It spent a lot of time in my influence row so if I had to do it over I would run a cheaper combatant, I just overestimated how more sularium I could generate and underestimated the output of something like a 5th Shield.

My tournament started off with a demoralizing 0-2 loss in the first round to Matt O playing a similarly aggressive Jotune list going even smaller with Grey Harriers and Fire from the Sky. Second round I played Colin and my Art of Wars and fast sularium allowed me to come out faster and harder than the slower more expensive Synthien combatants. Third round I played Dustin who had a very strong Synthien combatants list backed up by multiple Defense overrides which took out multiple site in all of our 3 games. In addition in all 3 games both players were reduced to a negative life total. I just had the fortune to overkill in 2 of the 3 games. Round 4 I played Zac who had put together the System Scramble deck which he had 10 of. Fortunately my warriors did not give him the time to draw into the critical mass of System Scrambles.

The finals was a rematch of my round 1. This time my deck was firing on all cylinders and Matt mulliganed into hands that were to slow to compete. Our best game was game 2 in the first round where Matt played 2 Vasad Saboteurs which I counters with turn 2 Johnny. Over 2 turns I was able to clear both Saboteurs but Matt retook control by playing Centropolis into Dr. Lehner. The double exhaust was enough to kill me outright before Johnny or my newly minted Verker could act again.

Overall I had a blast drafting and played some good interesting games. The format is far more fun than standard cube and I hope draft events become a more regular occurrence.